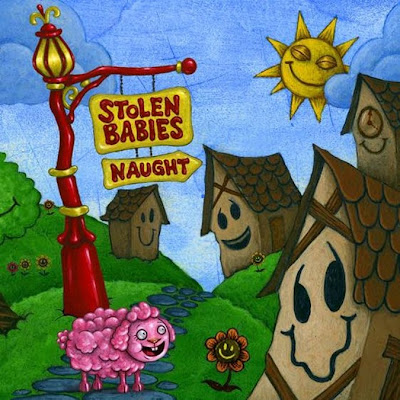 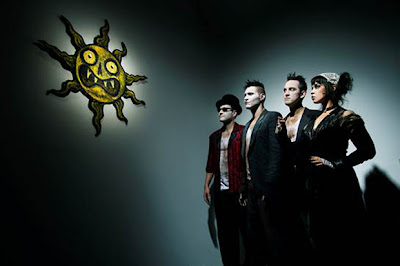 Posted by Theremina at 1:35 AM No comments: 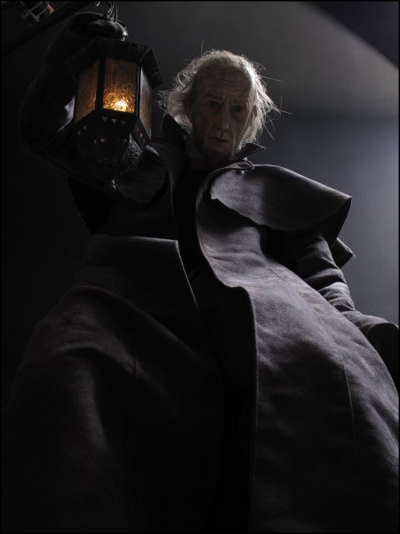 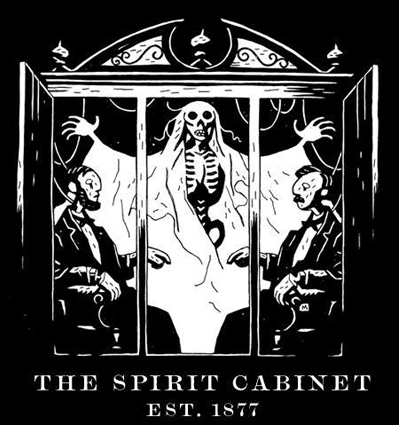 Karloch illustration and design by Mike Mignola.
Posted by Theremina at 10:17 PM No comments:

I would never call myself a holy person. Not in the traditional sense, at least. But I do know, down to my bones, that music is miraculous, and so is the human mind. This is so wonderful to watch: 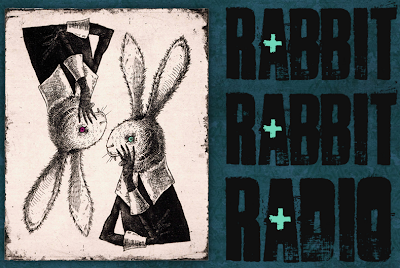 “Saying ‘rabbit, rabbit’ on the first of the month is a tradition here in New England,” Carla explains. “It is said to bring good luck and a sense of renewed purpose. We’ve taken it to heart and are releasing a new song on the first [day] of each month along with photos, videos, and other implicating evidences of our creative process, all on rabbitrabbitradio.com“

Last year, not long before the Sleepytime Gorilla Museum (that oh-so-legendary band that they were members of) closed its doors, Carla & Matthias moved from Oakland to Cape Cod with their baby girl Tallulah. ”Our lives have changed a lot since [she] was born and since we moved back East.” Kihlstedt and Bossi are hoping that their Rabbit Rabbit Radio project will help them to accomplish many things, warmly and comfortably, in ways that more traditionally grueling channels (constant low-budget touring is exhausting enough without kids!) could not: “It keeps us in touch with you [our audience]. It conveys each song with much more depth and dimension than a simple iTunes download would. It holds us to an ongoing commitment to our own creativity. It allows us to be creatively independent from home, which in turn allows us to be good parents. In short, everyone wins. We have finally created our very own dream job.” Fans who subscribe to Rabbit Rabbit Radio can choose to pay between $1 and $5 per month (but there’s no difference in content access; it’s just a chance to pay them a bit more for their efforts, if you can afford to).

Every month, in addition to releasing a new song and related materials, Carla & Matthias share lists of inspired and inspiring things. This month, their lists are devoted to teams of two, and they've had me contribute my own list of favorite pairs of two. Sez Carla:

Below, you’ll find four lists: CK’s top five, MB’s top five, CK & MB’s favorite musical duos past and present, and Meredith Yayanos’ list of eleven (because 1 + 1 = 2… geddit?) of her own favorite duos. An amazing violinist and thereminista (Faun Fables, Beats Antique, The Dresden Dolls, The Parlour Trick), Meredith is also a co-founding editor of Coilhouse, a (daily-updated) website and (sporadically produced) high-gloss print magazine that describes itself aptly as “A Love Letter to Alternative Culture”. Meredith houses an encyclopedic network of cultural splendors and oddities in her mind. My browser’s homepage is set to www.coilhouse.net so that I don’t miss a single post. Their print magazine is one of the few magazines that I subscribe to. It is a wondrous thing of strange beauty about wondrous things of strange beauty.

Below, just for shits 'n' giggles, a picture of Carla and I from 2002 or so (SGM/Barbez tour), plus a behind-the-scenes shot from the SGM Helpless Corpses Enactment music video. Gah! I miss spending time with these wonderful folks... Thank goodness the internet lets us stay close and collaborative. 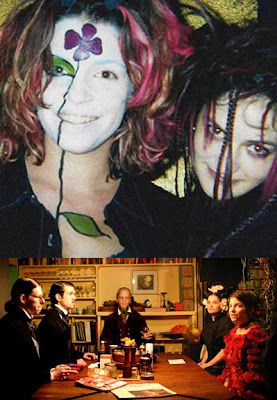 Posted by Theremina at 1:13 AM No comments:

Last St. Paddy's Day, a bunch of loud neighborhood drunks kept me from getting any actual usable mic recording done, so I made this thoroughly antisocial logotone for my beloved ol' chum Warren Ellis. To me, it sounds kinda like a demonically possessed Greek Orthodox choir being chucked down a missile silo with a disgruntled dialup modem. Richard Kadrey says "It sounds like an entire Glenn Branca symphony compressed into a few seconds." Ha! My friend Ben Morris thinks "...it sounds likes the musical sting [for a video game] leading up to a truly terrifying room or something (the music dropping out as the door is opened to whatever it is)." Hmmm. Ya know... I sure wouldn't mind developing gaming stingers. I wonder how one gets into that particular line o' work!
Posted by Theremina at 8:15 PM No comments:

Eee! SO excited to be contributing to HUMANWINE's new album! Check out their Indiegogo campaign video, in which I can briefly be seen derping and waving (approx. 2min in):

These guys are the real, raw, DIY-Til-We-Die deal, and Holly has an astounding voice. I love them very fuckin' much. Help 'em out. (And potentially me, too... if they make more than the bare bones 7K minimum it's gonna take to produce the record, I might make a wee bit o' dough for contributing.)

"Awake the Day" by Kim Boekbinder

I've been meaning to share this tune for a few weeks now:

My darlin' friend Kim Boekbinder wrote this beautiful song and passed on the basic voice/guitar track to me with a request for a violin line or two. Instead, she got seventeen violin lines. Hee heeeee!
Hearing the longing and sweetness and vulnerability and love in her song and words, I wanted to try to create a full chamber ensemble arrangement to buoy the whole thing. My parts were composed and recorded over the course of a few days in the bowels of a magical building with a mysterious soundproof room that has since come to be called The Goblin Merkin Lab.
When I passed my tracks back to Kim and the engineer, Myles Boisen, I told them my hope was that the strings could be mixed in such a way that it sounded like Kim had an ocean at her back. Gentle, tidal. I think Myles nailed it.

Although "Awake the Day" was recorded and released late last fall, I still feel like it's a great "good morning" song to ring in 2012. This is one of my favorite musical collaborations of recent years. HUGE thanks and everlastin' limerence to Kim for inviting me to take part.
You can read more about the song and its corresponding comic by Juan Santapau over at Kim's website.
Posted by Theremina at 7:11 PM No comments: